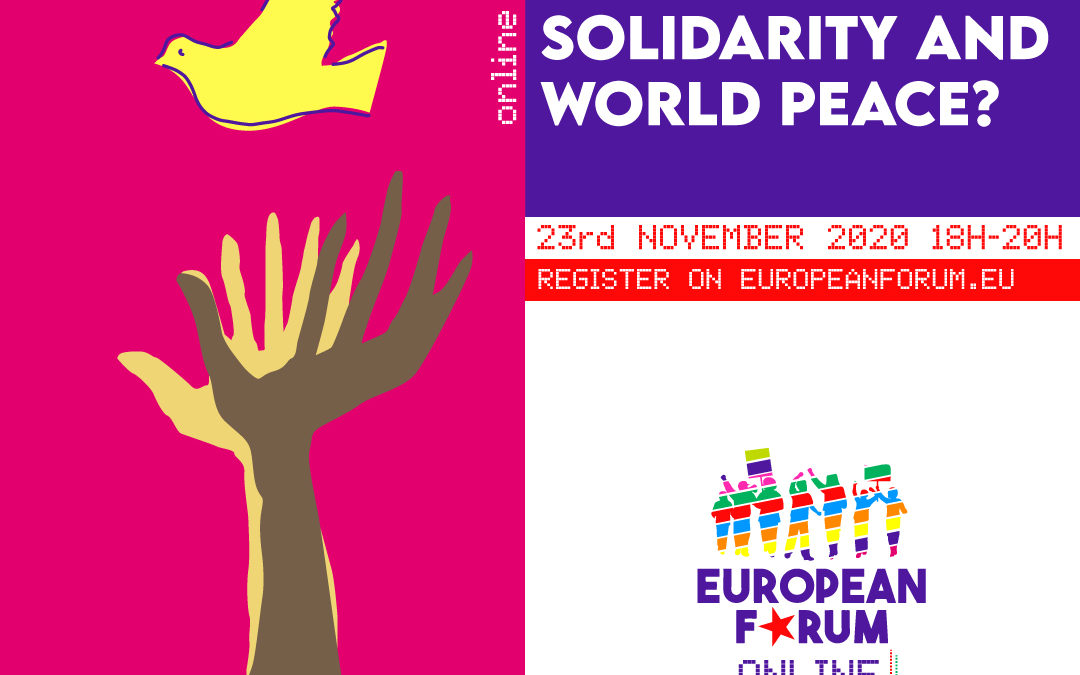 We are in a cold war mind-set, without respect for ecology or food sovereignty in an EU that is increasingly militarised, where social spending is getting cut while military spending remains high, and at a time when it is necessary to tackle climate change and social problems brought by the pandemic. Security is not a military concept for the left, it is about fulfilling social needs. Militarisation increases the gap between rich and poor countries and fascism grows.

The global situation is very complex, where many of the various crises end in war and NATO is multilateral, not North Atlantic including Japan, South Korea or New Zealand. NATO is exclusion; a country will only be safe if others are also safe. To have security between countries, we need to accept the policy and the difference of other countries, only then will security be possible. We need a strong foreign policy without NATO, outside the orbit of the US, in a democratic Europe with its own foreign policy.

In this framework, an attempt is made to prevent the entry of migrants, but the reasons why diasporas occur are not resolved. Border management is appalling and many conflicts in the Mediterranean are ignored, further work between Mediterranean countries would be necessary, also given the fact that the new gas infrastructures as they are proposed go against the environment, since climate change and gas pipelines are incompatible. Wouldn’t it be better to leave this gas in the ground?

The problems and risks that are addressed in the name of security are causing the rise of systemic racism and an even further rise of the far right, which is already very strong in many European countries. If you want an EU with a unified and autonomous voice, you must define what would be the characteristics of this policy, which would require democratization in decision-making, respect for human rights, multilateralism, solving the climate crisis, fighting against inequalities and avoiding militarization but with protection against threats.

The situation in recent years is one of growing instability, unprecedented crisis of capitalism, new wars and fronts and with the arms industry growing and the EU collaborating with authoritarian states such as the US on the arms issue while Cyprus suffers the Turkish occupation and violations of its territorial waters with its northern part occupied by Turkey. International and maritime law is violated by Turkey, and a necessary step towards at solution is Turkey’s respect for the Republic of Cyprus, complying with international and maritime law.

There are disputes not only in Cyprus, but also in Turkey and Greece. Coasts are shared, agreements, not only on maritime borders, are needed, multilateral agreements, not unilateral or bilateral. Citizens must get the benefits, not hydrocarbon monopolies.

Regarding the need to take to the streets, what to do to mobilize for peace, from a global perspective, there is a great movement in favour of climate justice in many countries, in the United States also with the issue of racism .It is about combining actions and linking them to disarmament, demilitarization and peace.

Peace must be combined with social issues in a broad movement that links the different environmental, feminist, social, security and peace issue, the fight against fascism, the return to respect for international law with a global ceasefire, with relationships not based on weapons. We need demilitarization, more resources for science and education, working with the social movements for peace, being part of them and fighting for disarmament and world peace.

And let’s not forget about the patriarchy, since Covid has a higher impact on women with an increase in gender violence among other things, and about minorities such as LGTBI where structural violence has worsened in these groups, we must invest in equality and not the militarization of society.

QUESTIONS FROM THE AUDIENCE

1 About FRONTEX, an agency designed to address the issue of refugees and that defends a Fortress Europe as its objective and goes against the European values of solidarity. Without nuance, we must close Frontex, bring the troops back home from Syria, Afghanistan, Iraq, and develop the sub-Saharan region in a non-neo-colonialist way.

2 Regarding how to achieve peace in Donbass, this happens only with dialogue, and with constitutional adjustments towards its autonomy, it is not a problem between Ukraine and Russia and has been caused by the government of Ukraine imposed by the United States, which is doing all the efforts to outlaw the communist party.

CONCLUSIONS, in the short term and to end inequalities, a new and fairer international order, other economic policies with people in mind, understand that for the moment there will still be refugees because it is inherent to capitalist globalization and proceed to reject the Dublin treaty, respect the Geneva Accords and build common policies and European responses, not national ones.

The EU must lead together with the Social Movements and trade unions the fight for peace. Cooperation and unity among progressive forces are essential, concentrating efforts against the war, each citizen must be involved in movements for peace and understand that security is also fighting against the extreme right, demystifying war propaganda and that decisions must respect international law. As Che Guevara said: “Be realistic but ask for the impossible.”